Slewing rings otherwise known as swing circles, are installed in a variety of devices found in the construction industry, especially excavators, loaders and lifts. Among all the bearings, they are distinguished by their ability to carry high axial loads and overturning moment. It is this feature that determines the use of slewing bearings in machines and structures where it is necessary to rotate a significant load. 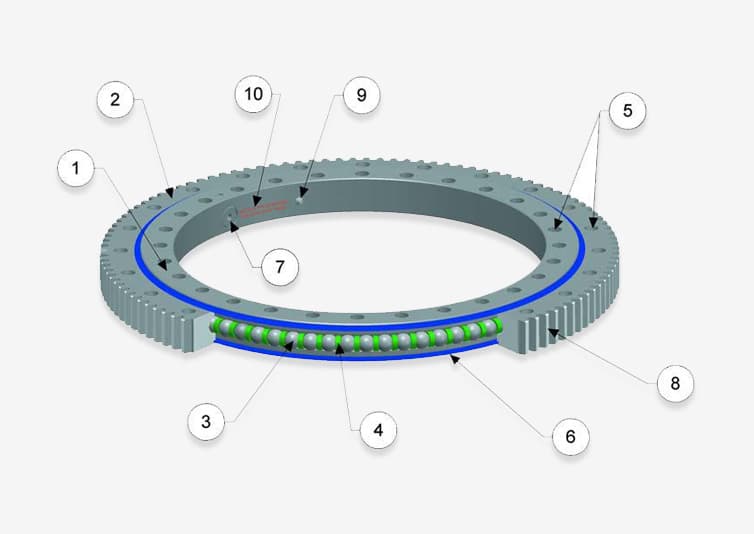 Slewing rings are made of two or three rings, between which rolling elements are placed.

The swing rings are designed with an optional internal or external gear (sprocket).

Bearings should be regularly lubricated during operation. For this purpose they are equipped with greasers placed in rings.